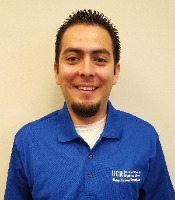 After I graduated from high school in Mexico, I decided to move to the United States. I attended San Bernardino Valley College for four years because I did not know English when I started. After my second year, I became a biology, math, and pharmacy calculations tutor at the SBVC Student Success Center. During Summer 2013, I applied for the SBVC-UCR Summer Bridge Research program, and I was placed in Dr. Susan Wessler’s lab where I was introduced to molecular genetics and bioinformatics for the first time. I presented my research at the Southern California Conference for Undergraduate Research, and two UCR symposia. I graduated from SBVC in 2014, and I received four associate degrees in Biology, Biochemistry, Pharmacy technology, and Liberal arts. The summer before I transferred to UCR (2014), I applied for a Research Experience for Undergraduates (REU) program and was accepted. Without hesitation, I went to the Garrity lab at Brandeis University in Massachusetts where I was involved for the first time in neurobiology research – an area of great personal interest. I presented my research at the Summer Brandeis 2014 symposium. After transferring to UCR, I became an undergraduate research assistant in the Wessler lab under the direction of Dr. James Burnette. I also joined the UCR honors program, and the STEM Pathways program which provided me with the opportunity to become a STEM Peer mentor. Last quarter, I was nominated to be the outreach coordinator for the CAMP program, and I accepted the position. I was also nominated by Dr. Susan Wessler to apply for the Howard Hughes Medical Institute EXROP fellowship, and I was selected among many applicants in the country. I was placed in the Anderson lab at California Institute of Technology where I had the opportunity to study the neural circuits that mediate aggression. These studies may lead to a better understanding of human psychiatric disorders. I will have the opportunity to present my work at a Caltech symposium and the HHMI EXROP meeting in Washington DC. After graduating from UCR, I plan to attend graduate school to obtain a PhD in neuroscience. I would like to join a biomedical sciences program and become a professor someday. 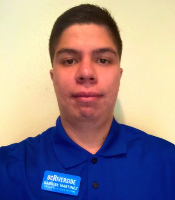 I spent four years at Chaffey College, of which I spent the first two years deciding on my major. During my time at Chaffey, I was an officer for two different clubs, The Pre-Med society and the Biology club. After four years, I transferred to UCR as a Biology major. During that summer, I was accepted to the Summer Bridge Research Program in which I worked in a lab under Dr. Chronister. My research project involving removing iron from native cytochrome c and replacing it with Zn so that we could study the protein folding kinetics of Zn cytochrome c. During my first year at UCR, I continued to work on my research project in Chronister's lab and was accepted into Tau Sigma’s Honor Society and as a peer mentor. Though my initial interest was in dentistry, my time here at UCR has made me change my mind. After graduating with my BS in Biology, I plan to apply to pharmacy school and become a pharmacist. Im very excited to work as a peer mentor this year; I look forward to meeting and helping out the new student who are joining STEM this upcoming year. 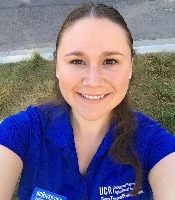 During my four year stay at my community college, I involved myself with our Honors Program and served as an Honors Mentor to students in the program. When I transferred to UCR, I also applied and was accepted into the University Honors Program here. I was involved and eventually became a Co-Chair for the University Honors Outreach Committee and spent a great deal of time getting current and potential students interested in UCR and our Honors program. Upon my transfer to UCR, I also became involved in the STEM Pathways program and would eventually become a Peer Mentor. In the spring of my first year at UCR, I became an undergraduate researcher in Dr. Lyubovitsky’s  Bioengineering lab. I work on detecting the fluorescence intensity that results when various sugar molecules cross-link with the collagen in our bodies. I had the opportunity to present this work at the Bioengineering Symposium held at UC Irvine in Summer 2014. After I graduate with my two degrees, a B.S in Biology and a B.S in Anthropology, I hope to find a staff position at UCR. 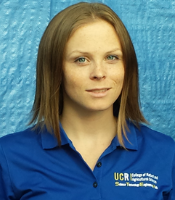 After graduating early from high school in Utah at the end of 2005 I knew I wanted to continue my education, so I moved back to my hometown and took some classes at Riverside Community College. I ended up living in Washington for several years and got a decent office job with a software reseller, but I was unsatisfied and decided to go back to school as a business administration major. After a stint at Spokane Community College in Washington I decided to pursue my passion for science. I moved back to California, waited a year for residency tuition rates, and then completed my biochemistry prerequisites at RCC. Along the way I received two A.A. degrees and one A.S. degree. I transferred to UCR in the Fall of 2014, and I have enjoyed worked in Dr. Song’s protein crystallography lab, but have since learned about computational chemistry in Dr. Chang’s lab, and am currently investigating computational methods for accurately modeling and analysis of molecules and molecular interactions. I hope to continue computational chemistry research in graduate school, and develop a career in academia as a faculty member at a research university. 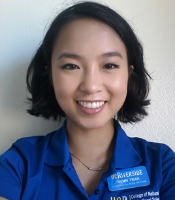 After three years of community college, I welcomed the experience of being a small fish in a big pond at UCR with open arms--and I received more challenges than I had ever anticipated. Luckily, I survived my first year due to the generous support of the STEM program. During my three years at UCR, I volunteered in underserved communities in Riverside as an AmeriCorps tutor and I worked with an Environmental Microbiology Ph.D. student under the guidance of Dr. David E. Crowley. As an undergraduate researcher, I helped to develop a bioremediation method that encourages microorganisms to efficiently degrade oil in the petroleum contaminated beaches of the Prince William Sound. I am immensely grateful for my research experience; my expanded knowledge of sterility, lab techniques, and formulations will be extremely useful for my future pharmaceutical endeavours. Now that I am a peer mentor, I am thrilled to be a resource, pillar of support, and friend to fellow STEM students. After I graduate from UCR, I will return to my community college roots to complete pharmacy school requirements and pursue a career in drug synthesis and formulation. 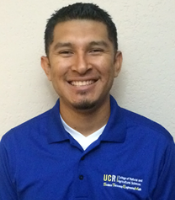 During my 5 years of commuting between two junior colleges, I was involved in student body, a honor society, and was part of Teacher TRAC. Through Teacher TRAC I was able to do two internships at high schools in both the AVID and STEM programs. When I transferred to UCR,  I came in as a Computational Mathematics major, but I learned that my passion was in teaching mathematics. I am now part of Tau Sigma and the STEM Pathways program. STEM is very welcoming and has made me feel home being away from home. I very highly enjoy the members and the support of STEM. I eventually became a Peer Mentor in STEM where I am able to meet and network with such great people. I look forward in being able to offer my knowledge and experience over my understanding of mathematics and computer science.  After I graduate from UCR, I intend to take a year break, but shortly after will strive for a master’s degree. My career goal is to teach at a community college and give back to schools that have given me such great opportunities 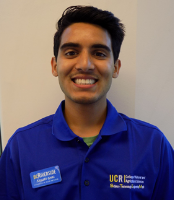 I entered UCR straight out of high school and chose to major in Biology. Biology allowed me to enjoy a broad range of classes without being too concentrated in a particular field. I participated twice in summer research opportunities as well as during the academic year. I studied electronic cigarettes and thoroughly enjoyed the scientific process employed on a daily basis as a researcher. My hard work in lab paid off as I eventually published a research article. I eventually resigned from research to focus more on academics and peer mentoring. Aside from my previous experiences and focus on academics, I enjoy any kind of physical fitness. In particular, I enjoy the practice of yoga and the therapeutic effects it brings to my body and mind. I value the gift of health and encourage you to get enough sleep, have a balance diet, and make time for physical activity. You will notice a positive difference, trust me. I enjoy helping others out in any way possible. Don’t be afraid to approach me in person...I don’t bite:)

Let us help you with your search